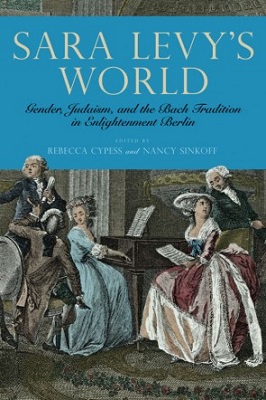 A rich interdisciplinary exploration of the world of Sara Levy, a Jewish salonnière and skilled performing musician in late eighteenth-century Berlin, and her impact on the Bach revival, German-Jewish life, and Enlightenment culture.

Sara Levy née Itzig (1761-1854), a salonnière, skilled performing musician, and active participant in enlightened Prussian Jewish society, played a powerful role in shaping the dynamic cultural world of late eighteenth- and earlynineteenth-century Berlin. A patron and collector of music, she studied harpsichord with Wilhelm Friedemann Bach (1710-84) and commissioned musical compositions from both Friedemann and his brother Carl Philipp Emanuel Bach (1714-88). Archival evidence demonstrates Levy's position as an essential link in the transmission of the music of their father, Johann Sebastian Bach (1685-1750), and as a catalyst for the "Bach revival" of the early nineteenth century, which was led by her great-nephew Felix Mendelssohn.