Solomon's Vineyard: Literary and Linguistic Studies in the Song of Songs

Scott B. Noegel and Gary A. Rendsburg 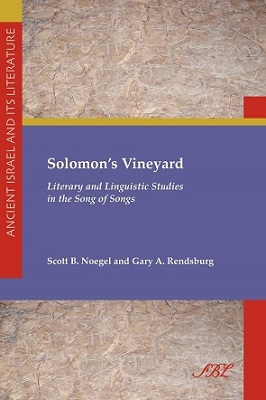 Click image to purchaseThis monograph includes four lengthy studies on the Song of Songs, which together identify the northern dialect of the poetry, focus on the literary devices of alliteration and variation, and propose that the composition is akin to medieval Arabic hija’ and tašbīb (or invective) poetic genres, aimed at critiquing the king and his court. The authors conclude that the poem was written during the period of the two monarchies, probably circa 900 B.C.E., somewhere in northern Israel, with the goal of censuring King Solomon and his descendants on the throne in Jerusalem.