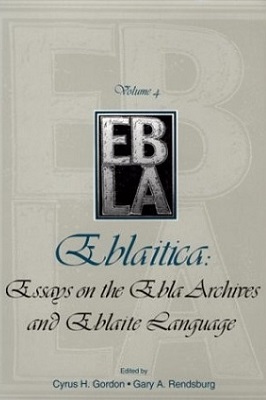 Click image to purchaseThe discovery of the great Early Bronze Age library at Tell Mardikh, the site of the ancient city of Ebla, has altered significantly our understanding of the history and culture of ancient Syria and the neighboring areas. This volume contains essays that provide additional texts from the site, as well as studies on previously published texts that further the understanding of both the language and culture of the great city-state. These articles are by members of the Ebla Seminar at New York University, as well as from the epigrapher of the Italian expedition at Ebla, Alfonso Archi. Debate about the identification and connections of the language of the tablets found at Ebla will probably continue for some time, and the place and influence of the city in the web of ancient Syrian and Near Eastern culture will be discussed for years to come. This volume provides additional information relevant to both concerns and contributes to clarification of the issues involved.