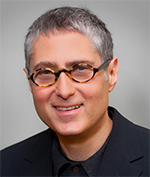 Shandler’s translations of Yiddish literature include Mani-Leyb’s children’s classic Yingl Tsingl Khvat (Moyer Bell, 1986) and Emil and Karl, a Holocaust novel for young readers by Yankev Glatshteyn (Roaring Brook, 2006). He has curated exhibitions for the Jewish Museum of New York, the National Museum of American Jewish History in Philadelphia, and the YIVO Institute for Jewish Research. Shandler has served as president of the Association for Jewish Studies and is a fellow of the American Academy for Jewish Research.