EMAIL BLASTS FOR THE GARY A. RENDSBURG LECTURE SERIES

Almost three thousand years ago, a small group of ancient Israelite literati wrote the major narrative that spans the biblical books of Genesis through Kings, creating what may be called the world's first history.  The narrative focuses on the people of Israel, but because the history of Israel constantly intersected with the surrounding countries, the Bible gives us a veritable tour of the ancient Near East.  Great powers such as Egypt, Assyria, Babylon, and Persia, and lesser powers such as the Philistines and the Phoenicians, all make an appearance in the Bible's pages.

Professor Gary Rendsburg, the Blanche and Irving Laurie Chair in Jewish History at Rutgers University, presents both the evidence from the Bible and the wealth of archaeological data, with an eye to evaluating these two sources and to determining the manner in which they inform each other.

The course is brought to you by the Allen and Joan Bildner Center for the Study of Jewish Life at Rutgers University, and is made possible by a generous benefaction from Mr. Gene Hoffman of Short Hills, N.J.

The course uses the Canvas platform, to which you will be directed upon registration.

Total viewing time is a tad under three hours, simply follow this link in order to register:

How the Bible Is Written  (Hendrickson) 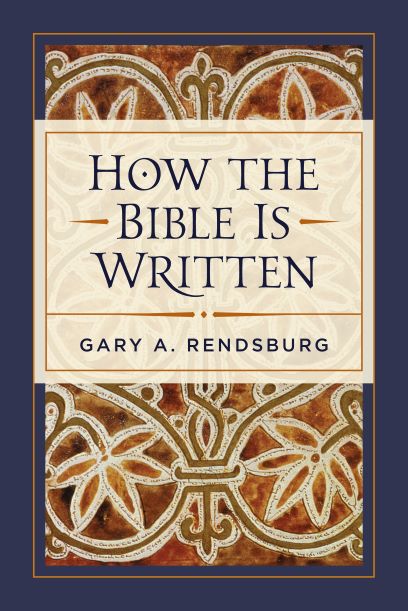 A BRIEF VIDEO ABOUT MY WORK

https://www.bensira.org/ – co-developed with Jacob Binstein, launched December 2013, presents the manuscript tradition of the book of Ben Sira, from Qumran, Masada, and the Cairo Geniza.

http://jts-ms-r1622-1.org/ – co-developed with Joshua Blachorsky (with the assistance of Jacob Binstein), launched May 2015, presents the images and transcriptions of JTS MS R1622.1, one of the most important (albeit incomplete) extant Mishna manuscripts.

http://johannes-obadiah.org/ – co-developed with Peter Shamah (with the assistance of Jacob Binstein), launched August 2018, presents the documents (all from the Cairo Geniza) relating to the life of Johannes of Oppido = Obadiah the Proselyte, Catholic monk who converted to Judaism in 1102 C.E.

In general, see my YouTube channel, though see also the links and details below:

Many thanks to my colleagues Mark Janzen (Louisiana College) and Chris McKinney (Gesher Media) for this fine 48-minute podcast interview, on the Exodus narrative in the Bible, posted on July 28, 2021.

For a long interview, lasting 1 hour and 40 mins., conducted by Isaiah Gruber of the Israel Bible Center, discussing the full range of my teaching, research, and publications, conducted on November 4, 2018, follow the links below.

A description and preview of the interview may be found here:

For more on the Israel Bible Center, its faculty, its programs, its academic partnerships, and more, go to:  https://israelbiblecenter.com/.

Many thanks to Isaiah Gruber for his initiative and for conducting the interview, and to the Israel Bible Center for permission to post the interview at my website.

Listen to ASOR’s own Ancient Near East Today editor, Alex Joffe, talk with Prof. Gary Rendsburg (Rutgers University), about the state of biblical archaeology and the study of the humanities.

This is a lengthy podcast interview (I hour 33 mins), conducted by Alex Sorin of https://foreigncy.us/, regarding my work on Biblical Hebrew dialects, including Israelian Hebrew – though many additional topics are discussed as well.

BETWEEN THE LINES PODCAST

“Between the Lines” podcast, hosted by Simon Eder (London):

This segment (which runs 33 minutes) allowed me to share with the audience the work of the brilliant scholar Mary Douglas (1921–2007), with special attention to her structural analysis of the book of Leviticus.

This segment (which runs 22 minutes) allowed me to share with the audience some thoughts about food, agriculture, and the environment in ancient Israel.

LINKS TO OTHER ONLINE ARTICLES

Both courses consist of a series of 24 lectures, and are available in either video (DVD) or audio (CD or download) format.

The Great Courses: Book of Genesis

For an article on The Great Courses, which appeared in The New York Times in March 2015, click here. 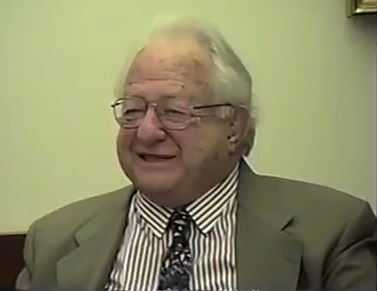 During academic year 1997-1998, I had the privilege of serving as Visiting Fellow at the Center for Advanced Judaic Studies (CAJS) at the University of Pennsylvania. The theme for the year was “Text, Artifact, and Image: Revealing Ancient Israelite Religion,” with about twenty scholars in the interrelated fields of biblical studies, ancient Near Eastern studies, and archaeology of the Land of Israel gathered in Philadelphia for fruitful discussion.

In light of Cyrus Gordon’s long and enduring relationship with both Dropsie College (the forerunner of CAJS) and the University of Pennsylvania, I proposed to the Center to invite the grand master to Philadelphia for several days, where he could participate in a seminar, see the new facility, and sit for a two-hour interview. The Center leadership endorsed the proposal, and thus it was that Professor Gordon visited the Center in February 1998.

A little additional background: Cyrus Gordon was born in Philadelphia in 1908, grew up in the city, and received his primary, secondary, and university education there. Gordon earned his B.A., M.A., and Ph.D. degrees from the University of Pennsylvania (Ph.D., 1930), under the tutelage of Professor James Montgomery. All the while, he took courses at Dropsie College with Professor Max Margolis; and then Gordon returned to Dropsie to serve as Professor of Assyriology and Egyptology during the years 1946-1956. He described all of this in his engaging memoir, A Scholar’s Odyssey (Atlanta: Society of Biblical Literature, 2000), which won the National Jewish Book Award for that year. Also of interest is his book The Pennsylvania Tradition of Semitics (Atlanta: Scholars Press, 1986).

On February 3, 1998, as Professor Gordon approached his 90th birthday, I conducted the interview with him, with all the CAJS fellows and several invited guests present in the room. It is my honor now to make this interview available to a larger audience via YouTube.

A transcription of the complete two-hour interview, created by Peter Shamah, with light annotations by Peter and myself, is available here. The pdf file includes an Index of Persons Named and an Index of Places Named, and it is fully searchable.