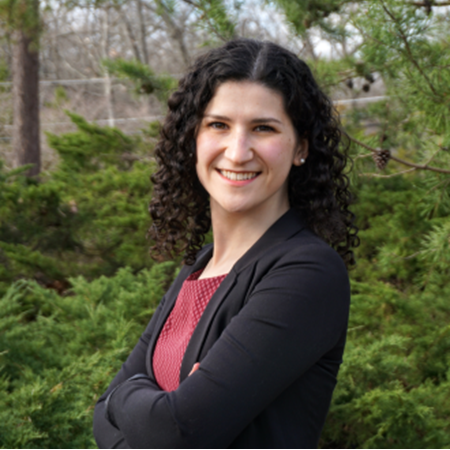 One of the current worldwide research projects is entitled “Hebrew Books within Books.”  With the spread of printing in Europe between the years c. 1450 – c. 1600, bookbinders needed more and more material to bind the hundreds if not thousands of books being produced in newly established print shops in Italy, Germany, and elsewhere.  Since older manuscripts no longer were needed, the bookbinders ripped apart these medieval documents, and started to repurpose the sturdy parchment scraps for the bindings of printed volumes.  In the past few decades, scholars have discovered these precious parchment fragments within the bindings of early printed books, so that an entire new academic field has unfolded.

Annabelle (Nonnie) Sinoff decided to pursue her Honors College capstone research project by identifying and cataloguing the Hebrew “book within book” fragments within the Robison Hebrew Manuscripts collection held at Special Collections and University Archives in Alexander Library.  The collection is comprised of about 50 Yemenite Hebrew manuscripts dating mainly to the 17th through 19th centuries.  Interestingly, these documents were still handwritten, since Hebrew printing did not arrive to Yemen until the late 19th century, and even then there was only one press in Aden.

Yet the Yemenite Jewish bookbinders still needed materials to bind the volumes, and thus they frequently used even older Hebrew manuscripts.  In one stunning case in our collection (Robison, no. 26), scraps of a Torah scroll were used for the binding.

Nonnie, who will graduate in December 2020, with a major in English and with minors in Business and in Jewish Studies, recently completed her Honors College research project described above, supervised by Professor Gary Rendsburg in the Department of Jewish Studies.  The final step was the posting of the documents and the catalogue information at the “Hebrew Books within Books” website, managed by a team of international scholars centered in Paris – for which see the figures below.

Figure 1:  Screenshot of the “back end” of the “Books within Books” website, listing some of the Robison Hebrew manuscripts held at Alexander Library. The page is not publicly available yet, though it will be in the weeks or months to come, via the following link:http://www.hebrewmanuscript.com/bwb-database/collection-by-country/35.htm
Registration is required for access to the database, though it is free.

Figure 2: The current display, until the work accomplished by Nonnie Sinoff is made public.
http://www.hebrewmanuscript.com/bwb-database/collection-by-country/35.htm 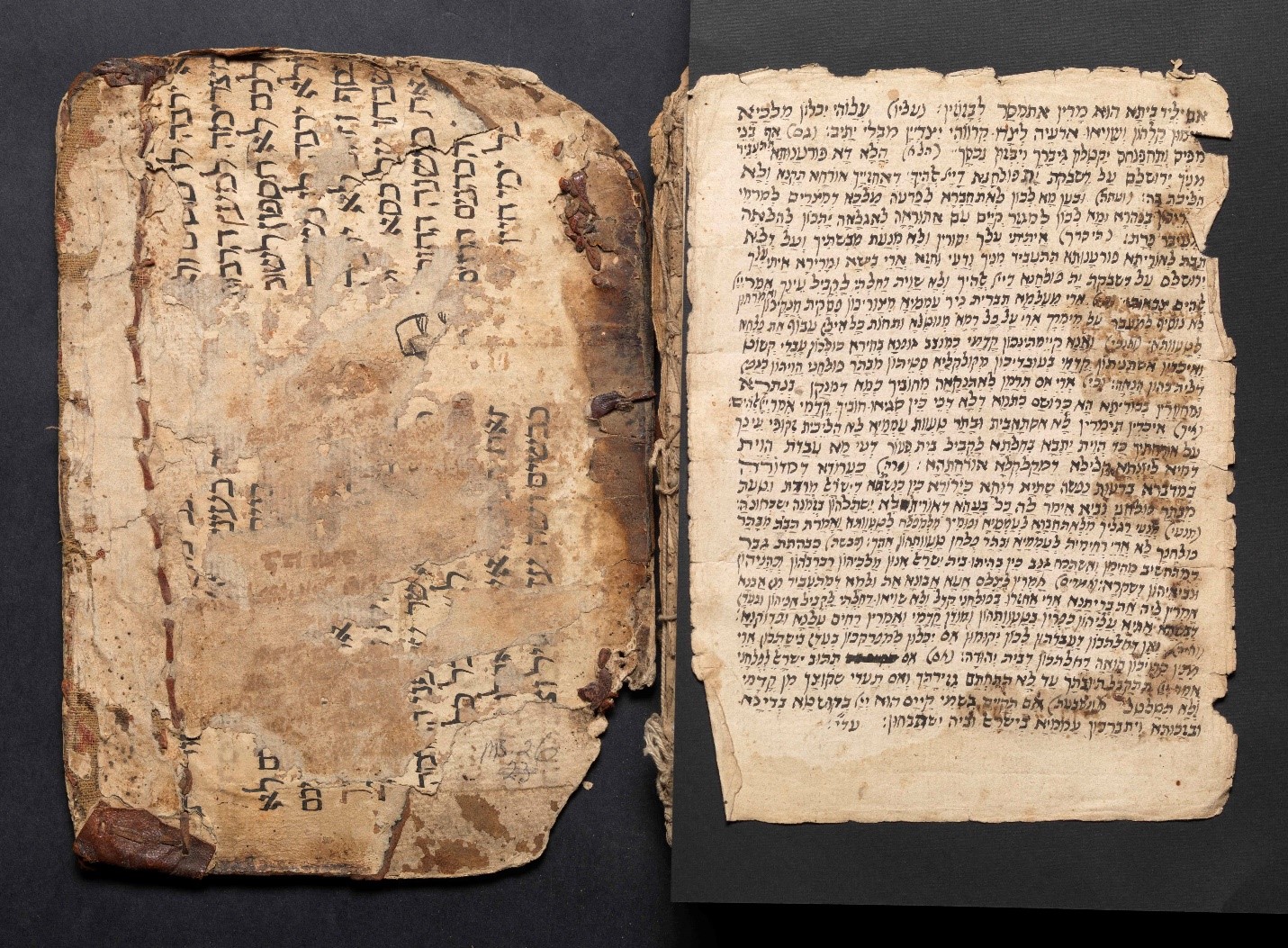 Robison MS 26, inside back cover with binding created from Torah scroll fragments of Deut 13:19-14:5 (left) and Deut 17:16-19 (right).
The text on the right from the actual manuscript volume is Targum Jonathan to Jeremiah, ch. 2. (Photo credit: Bruce White Photography)