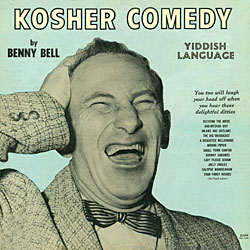 Known historically as the “People of the Book,” the Jews are perhaps better known today as the “People of the Joke.” This course explores the development of Jewish humor as a cultural phenomenon during the 19th and 20th centuries, focusing on the history of American Jewish comedic output, but also delving into material from Eastern Europe, the USSR and Israel. Come learn about how Jews and their cultural backgrounds have shaped the American comedy industry and about how humor participates, more generally, in processes of acculturation as well as in the maintenance of cultural distinctiveness.