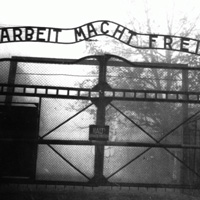 This course is a detailed examination of the programs of persecution and mass murder carried out by the Nazi German regime between 1933 and 1945. Several themes will be prominent throughout the semester. First, we will examine when and how policies of exclusion can be transformed into a systematic program of murder. In this regard, we will examine not only the development of Nazi Germany as a "racial state," but also the role of ideologies, such as anti-Semitism, nationalism, and racism, in shaping policies of exclusion in Germany and elsewhere in Europe. Second, we will focus on the place of the Holocaust in European, and not only German, history. The events we associate with the Holocaust took place across the continent of Europe and were shaped by local histories; throughout the course we will pay close attention to the interaction between Germans, Jews, and non-German native populations. The mass murder of European Jews will be the central focus of this course. We will, however, also discuss programs of discrimination and murder carried out against other groups (e.g. Roma, the disabled, homosexuals, and Poles) and attempt to place these phenomena within the context of Nazi German racial policy.